Leicestershire County Cricket Club are delighted to announce that Gavin Griffiths has signed a 2-year contract extension at the Fischer County Ground, keeping him in Leicester until 2022.

Griffiths joined the Foxes ahead of the 2017 season and has gone on to make 71 appearances taking a total of 101 wickets.

His best performance for Leicestershire came back in 2018 at Chester-le-Street where he claimed his only career 10 wicket haul where he posted 10 for 83 against Durham.

Leicestershire County Cricket Club would like to thank Ratcliffe College as Gavin's sponsor. 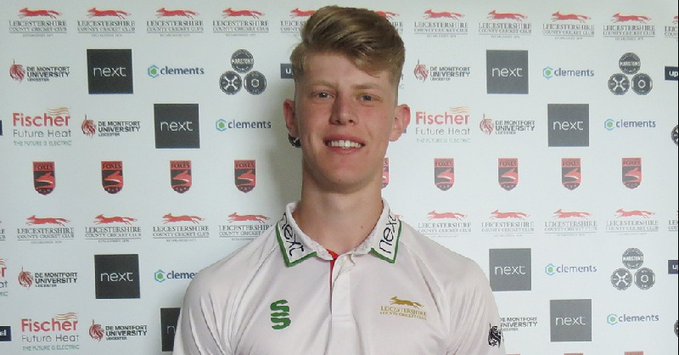 He is not the only bowler to extend their stay at the FCG this week, as Academy Graduate Nat Bowley also put pen-to-paper on a 2-year deal.

The talented off-break bowler signed his first professional contract with Leicestershire in January 2020 having graduated from the club’s Academy programme and has now committed his future to the Foxes.

Bowley has been a part of the Academy and the Leicestershire Young Cricketers programmes since the age of 13.

He helped the Under 17s to their Royal London Cup triumph taking 4-20 from nine overs in the victory which made it back-to-back titles for Leicestershire. More recently, during the 2019 season, he helped the Second XI on their way to the County Championship final against Hampshire Second XI.